However, if you are a Japanese or non-Japanese mid- to long-term resident recorded in the Basic Resident Register, and if you return to Japan less than three months after leaving Japan with confirmation of departure or re-entry permission, you may not drive with your non-Japanese license in Japan. This is because the date of your re-entry after staying overseas for less than three months is not counted as the start day of the period during which you may drive with the non-Japanese license (the so-called “Three-Month Rule”).

*Here are the countries and region considered to impose license requirements equivalent to those of Japan (as of September 28, 2018):
The Republic of Estonia, the Swiss Confederation, the Republic of France, the Kingdom of Belgian, the Principality of Monaco, the Federal Republic of Germany, and Taiwan

*The Japanese translation to be attached must be made either by the embassy, consulate or representative office of the country or region issuing the driver’s license or by JAF (Japan Automobile Federation).
１．Re-entering Japan after staying overseas for less than three months (those recorded in the Basic Resident Register) 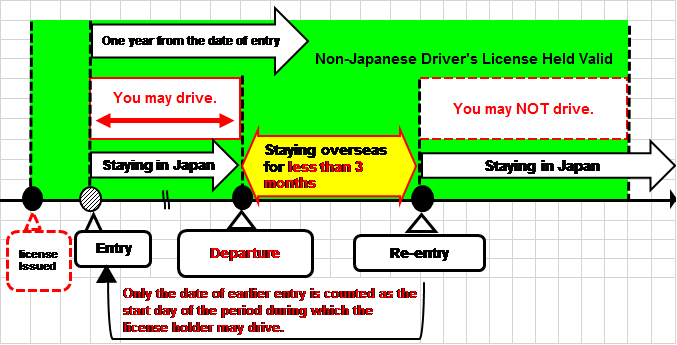 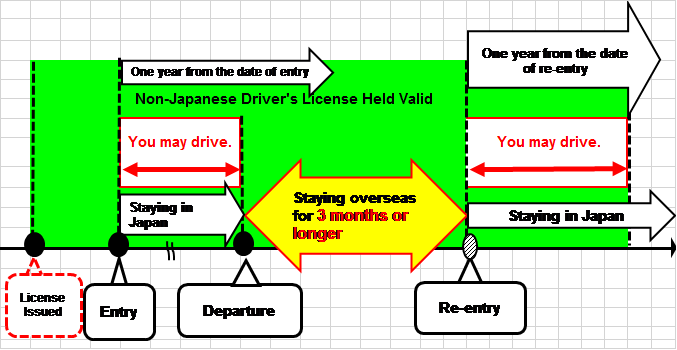